Since when has morbidly obese become more sociably acceptable than size 0?
Being 5ft 10” and a size 8 I have gotten used to people telling me that I am “too skinny”. I am never sure how people expect me to respond to this. I am not a healthy eater, I know that much, but not in the way these people seem to think. I eat far more than is healthy, and the food that does go into my mouth is often junk food. I have never limited what I eat and have never had to worry about it, but if I ever try to explain this to people they simply will not believe me. What annoys me most is that people are more than happy to criticize those who are skinny. If I turned around to someone and told them they were too fat everyone would think I was a callous bitch.
The size zero debate that has been going on for years now has set me thinking about those role models that lean in the other direction. The Gossips lead singer Beth Ditto, for example, may be this. The ultra-controversial punk rocker that is loved across the world, but she is unhealthily large.
Being that size and such an influential position can only be seen as irresponsible to be setting such an example. At 5ft 2” and weighing in at 15 stone her BMI is dangerously high at 38.4. A BMI of over 30 counts as obese. This seems to me to be just as bad an example to be setting for young girls as the size zero phenomena. Yet she is celebrated by fellow celebrities, journalists and designers alike, not just for her talent but also in a few cases as a muse, getting to sit front row at Jean Paul-Gaultier and Chanel at Fashion Week. How many industries bigwigs got moved to second row to accommodate such a ‘large’ personality?
I understand that at least if girls follow by Beth’s example they will not be making themselves ill and will learn to be happy with their body’s whatever size and shape. I can’t help but expect if they looked into the health issues related to obesity then they might drastically change their opinions. Heart disease, high blood pressure and diabetes are just a few of the associated risks; nowadays obesity is considered a long-term disease.
This seasons London Fashion Week was met with the usual mixed reviews, when British designer Mark Fast sent a size 14 model down the runway. Some say it was time that bigger girls showed that fashion wasn’t just for the tall and thin.
Lets face it, high fashion is one of those things that will never truly be accessible for those over a certain size - so why bother?
Although being skinny is considered unhealthy, the fact of the matter is, that being obese is a disease.  The size zero debate will continue to be a constant battle but what many don’t turn their ignorant heads to is how Britain has become the biggest country in Europe.
Posted by one little robyn at 10:38 No comments:

Whilst flicking through the latest shows from New York Fashion Week on vogue.co.uk i came across Bensoni. I'm not going to lie and pretend i am the fountain of all fashion knowledge, so i will admit, i have never come across Bensoni before.

But, boy oh boy do i like what i see. I flicked through numerous shows before reaching Bensoni, including Victoria Beckham, which in my opinion was a complete let down, and all i could think was that i had seen it all before.

Bensoni though, seemed to offer something completely new and fresh. Asymmetric laying and and bold bright colours make it really stand out. They really work the contrasting patterns, they carry it out in such an understated fashion that they manage to pull it off seamlessly.

Delicately thrown in along side the eccentric mix of pattern and colour are some beautifully tailored dresses in shades of white, nude and beige. The perfectly executed ruffles around the neck add just the right amount of femininity to make the collection work. 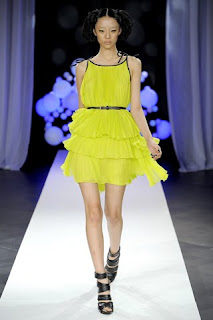 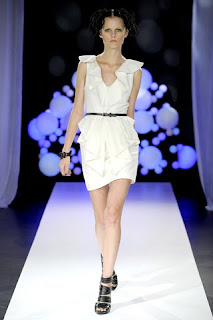 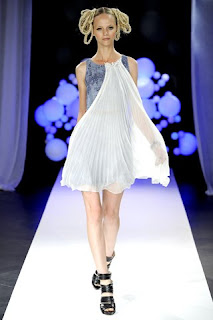 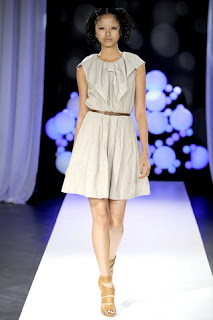 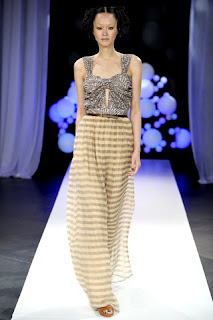 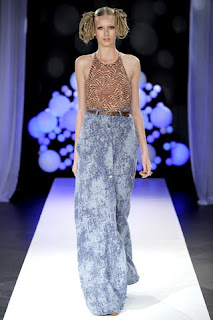 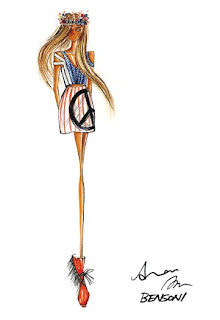 (pictures: style.com)
Posted by one little robyn at 11:01 No comments:

This weeks most wanted items...

If only i had the money to buy everything I want, I eventually got my boots - see my last wishlist post - but now i want more.
The apple of my eye this week are these two jackets. The first by Topshop, the Gros Grain Soft Jacket is £65. It fits like a dream and seems to me like the ultimate power dressing item. Plus, it doubles up as a shirt. Two items rolled into one, bargain i'd say!
The second jacket is by Whistles and costs more at £125 but, oh my, it is so beautiful. The silhouette it creates is un-parralled by any other. The more time that passes, the more i feel the magnetic pull of the jacket pulling me back. Navy blue, with gold button detailing and the perfect amount off padded shoulder, you could almost describe it as nautical. It could be worn dressed up or down, with flats or heels, jeans or tights. I'm sure you get my point...
I may go and have another look at these beauties tomorrow, try them on, and make a grown-up, responsible decision about them! 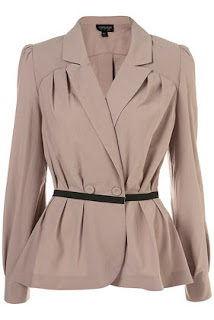 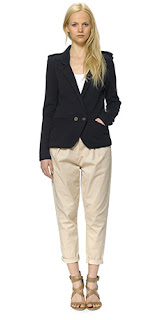 Posted by one little robyn at 06:07 No comments:

Where did summer go?

I am not talking just about the weather, although that is a fair question too. It started so promisingly with that gloriously hot spell over the Glastonbury weekend but then it all just went a little Pete Tong. Rumour has it that this August - in Britain - was the coldest August there has been in 17 years. Pathetic really. I need to move to a different country.
Back to my original question though, where did the summer go? I broke up from university at the end of May, and now, all of a sudden, it is two weeks until i go back. 4 months have literally disappeared and i feel like i have very little to show for them despite having actually done a lot.
When i first got home for summer i went back to work at Vintage Deli (check it out www.vintagedeli.co.uk) for a month to make some pennies. Then i went to Glastonbury, where i have a job working behind the bars doing office stuff, very good fun, I usually work between five and ten hours a day, as Glastonbury is basically a 24 hour festival this means i still get to see loads of stuff. Absolutely love Glastonbury!
Two days after returning from Glastonbury I flew out to India with my Boyfriend, we flew in to Delhi and out of Mumbai. We spent one month travelling around, the most breathtaking experience i have ever had, complete culture shock. A month is definitely not long enough though and we are both very eager to go back. My favourite stop would have to be Hampi for the relaxed atmosphere and stunning scenery. Although, Taj Mahal ... WOW.
So then, we got back from India, and went to a little local festival called Jelly Festival, got to catch up with all of our friends which was lovely, jet lag got me at about 1a.m. which i was a little upset about though. They day after this we drove to Cornwall where my family had rented a gorgeous house right near Bude for a week. Parents +  3 sisters + 1 brother-in-law + 1 boyfriend + 2 nieces + 2 nephews = complete and utter chaos.
After returning from Cornwall I spent 3 weeks chilling out in Norfolk seeing the family. friends and my boyfriend a lot, and enjoying the countryside! Then went of to Reading festival, i'm not a big fan of this festival but a jobs a job and i needed the money bad by this point!
That pretty much brings us up to date, now the 21st birthdays have started which means lots of parties - it also means i get to wear lots of pretty dresses - but alas, lots of money on buying people thoughtful presents!
Despite the fact that i have done all of that stuff in the last few months i still feel like i somehow should have made more of my summer. I think this is partly due to the fact that India feels so surreal that i'm not sure my brain complete computes that i month ago i was travelling around there! Strange, i know. But, i am.
Silver lining - I get to move into my gorgeous new flat in Wimbledon in a couple of weeks, so excited for that. 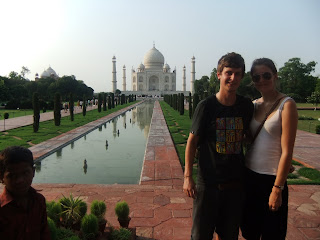 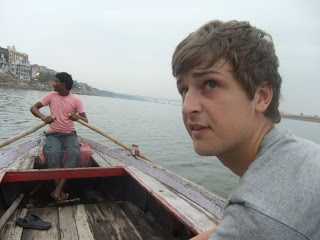 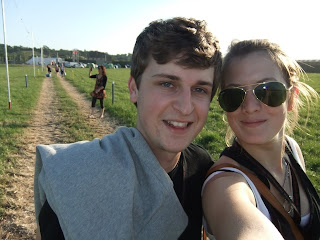 Posted by one little robyn at 09:37 No comments:

one little robyn
Wimbledon, London, United Kingdom
Fashion journalism student, curious about everything, lives in organised chaos, loves to love, intrigued by anything that isn't quite as it seems, beautiful things make me smile.